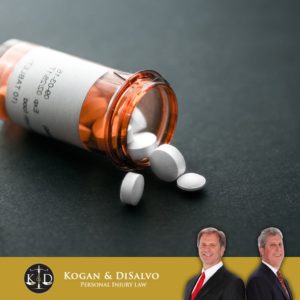 Although the US Food & Drug Administration (FDA) has rules and approval processes regulating the pharmaceutical industry, dangerous drugs do enter the marketplace. These drugs cause serious side effects and even death to patients who trusted their medications and their physicians.

A Boca Raton dangerous drug lawyer is committed to holding drug manufacturers responsible for the harm they cause with civil legal action. Get in touch with an experienced injury attorney who can help you in your case.
En Español.

A drug may be dangerous because of a mistake in its manufacture, a flaw in its design, or that patients were not warned about the drug’s side effects. A Boca Raton dangerous drug lawyer uses strict liability or negligence doctrines to bring pharmaceutical companies to justice, but it is the responsibility of the lawyer to prove the drug was dangerous by producing evidence.

Under strict liability, the drug manufacturer is always liable for adverse drug side effects when patients are taking the drug as prescribed.

Negligence can come into play if the drug company was grossly careless in product testing or in production of the drug. The key under the negligence theory is proving the company failed in its legal obligation to owe a duty of care toward the patient and that failure caused harm or death.

A third legal theory is if the drug company failed in its legal responsibility to warn patients of side effects and any danger involved in taking the drug as directed. That makes the company liable. Providing such a warning may place the patient in the legal position of assuming the risk and therefore unable to sue for damages.

Physicians Unaware of Harmful Side Effects

Many family doctors are often not told about a drug’s harmful side effects when pharmaceutical sales staff visit them on sales calls, according to a study published by the Journal of General Internal Medicine.

The study, conducted of U.S., Canadian, and French doctors, also reported that these physicians prescribed those drugs to patients, who used them without any knowledge of their harmful effects.

Medications are approved by the FDA for a particular medical condition, but sometimes a drug will treat conditions for which it has not been approved, called “off label” use.

On average, four million adverse reactions to drugs happen every year, resulting in 117,000 hospital admissions, according to the FDA. Sometimes an approved drug not tested over the long-term or properly tested reveals an adverse reaction, and other times the combination of various drugs can produce an adverse reaction.

Those who think they have been harmed, or the loved ones of those who have died from a prescribed medication, should promptly contact a Boca Raton dangerous drug lawyer for a free consultation without any obligation. The attorney is knowledgeable in this highly technical area of law and can advise if the circumstances are favorable for a successful lawsuit.