Personal Injury Lawyer
Has a Loved One Died Due to the Negligence of Another?

Get a Free Initial Consultation

Losing a loved one is never easy. When a death occurs from the negligence or intentional act of another party, it can be even more challenging. At Kogan & DiSalvo, our experienced Florida wrongful death lawyers could help you navigate the legal process after a family member’s wrongful death. Our compassionate attorneys can explain the rights of the decedent’s estate and guide surviving family members through their legal options. Consider scheduling a free consultation with one of our knowledgeable attorneys.

What are the Grounds for Filing a Wrongful Death Case in Florida?

Under Florida Statute §768.119, when a deceased person could have filed suit for their injuries had they survived, a civil claim can be filed on their behalf. In other words, any type of accident that could have given rise to a personal injury lawsuit could also result in a valid wrongful death claim if it has fatal consequences. The only major difference is that instead of an injured party filing on their own behalf, someone else has to do so.

Just as there are numerous potential causes of action for personal injury claims, there are various types of accidents that could give rise to a wrongful death case. High-speed motor vehicle accidents are perhaps the most common sources of fatal injuries caused by negligence. Still, medical negligence, nursing home abuse or neglect, and workplace accidents may also justify litigation.

Similarly, if a dangerous drug or defective consumer product results in someone’s premature death, a lawsuit could be posthumously filed in their name against the company or entity responsible under product liability laws. One of our seasoned attorneys in Florida could discuss a potential claimant’s options for filing a wrongful death claim.

Who Can File a Lawsuit Following a Wrongful Death? 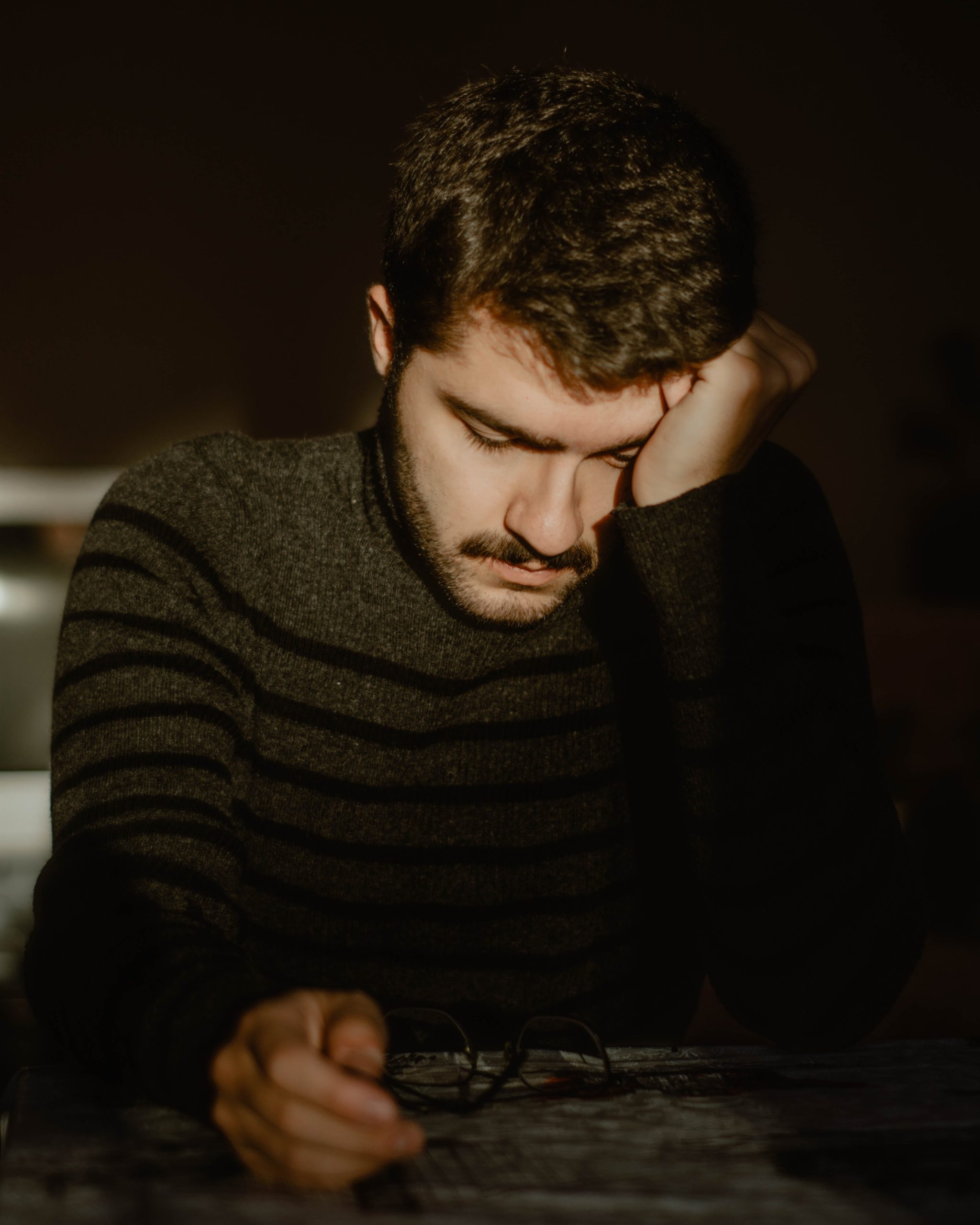 The personal representative must list each person who may have an interest in the deceased’s estate. These parties may include:

Family members or beneficiaries of the deceased who are unsure of their right to file a lawsuit should consult with our experienced Florida wrongful death attorneys.

Wrongful death cases are governed by personal injury law, which means that many of these situations are based on one party’s negligence leading to another person’s death. To prove someone was legally negligent, all the following criteria must apply to a case:

The specific duty of care one person owes another may vary depending on the situation. For instance, every licensed driver owes everyone else on the road owes a duty of care to obey traffic laws and act responsibly while behind the wheel.

What many of these cases hinge on is demonstrating that a defendant’s breach of duty proximately caused the decedent’s death. Relevant evidence in this regard may include documentary evidence like medical and police reports, forensic evidence like accident scene photos and surveillance camera footage, and testimony from both eyewitnesses and subject matter experts. A lawyer from Kogan & DiSalvo could help a claimant establish negligence in a wrongful death case.

Even though the ultimate outcome of the accident in question was fatal, it is still possible for the deceased to bear some degree of fault for their own death. While it may seem unfair to apply the doctrine of comparative negligence to a wrongful death claim, it can and does play a significant role in many such cases.

The basic premise of comparative negligence is that a civil defendant may not always 100 percent at fault for an accident, nor is a civil plaintiff always completely blameless for the injuries and losses they suffered. Under the pure comparative negligence system, a court may assign a plaintiff a percentage of fault to represent the ways in which they contributed to causing or exacerbating their own injuries. Then, the court could reduce that plaintiff’s final damage award by whatever percentage of fault they bear.

For example, a person who is T-boned in an intersection by a driver who ran a red light could be found partially to blame for that accident if they were also driving over the speed limit at the time of the collision. Typically, if a court found the claimant to be 20 percent at fault and the defendant in their case to be 80 percent at fault, then the plaintiff would only be able to recover for 80 percent of the total damages at most.

However, this concept can become more complicated to apply and enforce in cases where an accident leads directly to someone’s death. Instead of that 20 percent of fault being taken off a surviving accident victim’s compensation, it would instead result in less restitution for a deceased person’s estate—and perhaps more importantly, their surviving family members and named beneficiaries.

Fortunately, since Florida is a pure comparative negligence state, plaintiffs can still recover at least some compensation even if the decedent was primarily to blame for the accident that led to their death. Working with a skilled lawyer in the area is often the best way to contest allegations of fault in a wrongful death case.

Accidents borne of negligence are not the only possible grounds that could justify this type of lawsuit. If someone intentionally takes the life of someone else, the surviving family members of the decedent may be able to file civil suit for wrongful death at the same time the defendant is going through criminal proceedings for their actions.

It is important to note that while civil and criminal cases can proceed concurrently for the same incident, they are not related in any way. A finding of civil liability has no bearing whatsoever on the outcome of a concurrent criminal case, and a guilty verdict in a criminal case does not guarantee on its own a verdict in favor of the plaintiff in civil court. However, a guilty criminal verdict could be used as evidence supporting the plaintiff’s argument in a connected civil case.

While a criminal conviction for murder, manslaughter, or a similar offense may result in the defendant having to pay a certain amount in fines, none of that money would go to the deceased’s surviving family members or estate. The only way they could recover compensation for their own damages and those of the decedent would be through a separate civil lawsuit.

Those who are considering filing a lawsuit should be aware of the statute of limitations, which is the deadline for filing a lawsuit. In Florida, potential plaintiffs in a wrongful death claim are generally limited to two years from the date of the death in which to file a legal claim, as per Florida Statutes §95.11(4)(d). There are few circumstances under which this statute of limitations can be extended given the nature of this type of case.

However, if someone dies from a medical professional’s negligence, the ensuing case would be bound by the statute of limitations applicable to medical malpractice actions. In these kinds of claims, the statutory filing deadline is generally either two years following the date the malpractice occurred, or two years from the date the malpractice was discovered to be the cause of someone’s death. If more than four years elapse after a death due to medical malpractice, the statutory deadline may expire no matter when the negligence in question was discovered.

Additionally, any wrongful death action for which the defendant would be a state or local government entity would have a four-year statutory filing deadline. That being said, various additional limitations and exceptions may shorten this filing period significantly, depending on the circumstances.

Potential plaintiffs who fail to file a claim promptly may lose their right to seek justice and recover any compensation whatsoever from the party responsible for their loved one’s death. Speaking with our attorneys as soon as possible could help ensure that a claim is filed in a timely manner.

Our lawyers in Florida could help survivors or beneficiaries receive compensation for their economic and non-economic losses related to the death. Depending on the circumstances, parties named in the estate of the deceased may be able to recover damages for loss of companionship, lost income, medical expenses in the lead-up to the death, and funeral expenses.

With the exception of cases stemming from medical malpractice, there is no cap on non-punitive damages in the state. However, different damages are available to surviving family members of a deceased individual compared to the decedent’s estate.

According to state law, the damages available to surviving family members typically revolve around the losses they individually suffered as a result of losing their loved one. In addition to medical, travel, and funeral expenses they had to pay because of their loved one’s accident, they may be also to be able to recover for various lost services and forms of support depending on their relationship with the decedent. Some of these may include:

The decedent’s estate, on the other hand, may pursue compensation for various financial losses that the estate holder’s death has caused or will likely cause in the future. These may include loss of work earnings between the date of the decedent’s injury and the date of their death, any medical or funeral expenses the decedent paid out of their own estate, and loss of future appreciation of certain assets and financial instruments.

The final verdict for a successful case should state clearly what amounts go to which parties—including both named survivors and the decedent’s estate—for particular damages.

Dealing with the death of a loved one is a complicated, on-going process. After a death caused by a liable party’s negligence, the legal process can be intricate and difficult to understand. Consider reaching out to a Florida wrongful death lawyer at our firm for a free consultation. We can help you understand your legal rights, explain concepts like economic vs. non-economic damages, and walk you through the process of filing a claim. When you are ready, do not hesitate to reach out

Our highly-skilled accident lawyers are standing by to help you. We serve all of South Florida for all types of injury and death cases. We invite you to call us with your questions, and we will be happy to help you understand your rights and your options. Our goal is to help you get justice and to maximize your financial recovery.

I have had several occasions to use the services provided by Kogan & DiSalvo and this firm continues to exceed my highest expectations. Not only are the attorneys knowledgeable, ethical, and caring, but the entire staff reflects a genuine concern for clients that goes far beyond the norm. Phone calls and e-mails are answered immediately. I have always been treated as though I were the most important client they have. They truly care about what is best for me and treat me with dignity, respect, kindness, and warmth. I am especially grateful to Monica, who has gone "above and beyond" to provide significant help, even though my case is closed, and I no longer live in Palm Beach County. I feel as though I now have a lawyer and a friend for life. Kogan and DiSalvo are exceptional in every way. I highly recommend this firm 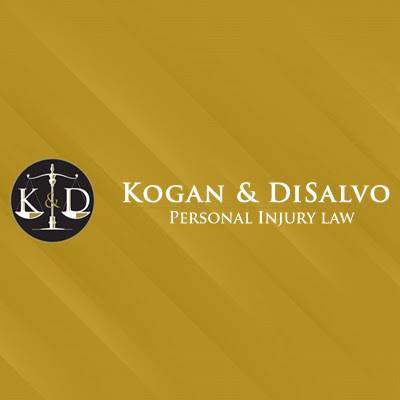 Knowledgeable, ethical, and caring
★★★★★
"I have had several occasions to use the services provided by Kogan & DiSalvo and this firm continues to exceed my highest expectations. "

Above and beyond
★★★★★
"Just want to add that my experience with this firm was exceptional. The employees helped out tremendously. Mr B was always nice and explained things in detail. "

Attentive
★★★★★
"PROFESSIONAL attorneys and friendly staff. The attorneys are attentive and will go the extra mile to get their clients the compensation they deserve."
Client Compilation
★★★★★
"Daryl got me the best possible settlment"
By: Kogan & DiSalvo
Our clients share their stories of working with Kogan & DiSalvo
See More Reviews